Appreciative Inquiry states that, “what you focus on grows”. Look for problems – find more problems. Look for strengths, find what’s best! So, focus on your Strengths.

Rather than searching for problems to fix, Appreciative Inquiry (AI) identifies what people are already doing well and extends these strengths to the point where the problems are no longer relevant. It does not ignore problems, it helps people and systems grow beyond them.

“Appreciative Inquiry is the cooperative search for the best in people, their organisations, and the world around them”.

Appreciative Inquiry is central to all our work at 360 Facilitated. We focus on strengths-based development for individuals and entire organisations. 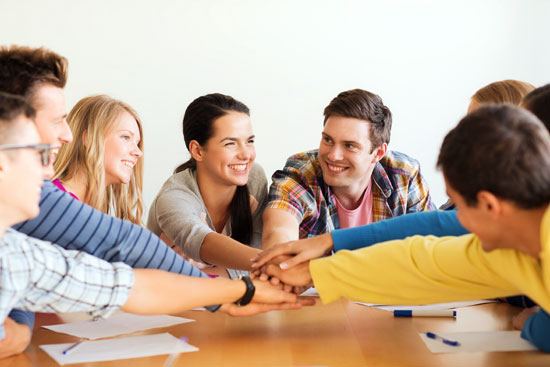 Appreciative Inquiry (AI) was developed by David Cooperrider and Suresh Srivastva in the 1980s at Case Western Reserve University in Ohio. Today, it is a rapidly growing global movement, with a strong parallel in Positive Psychology. AI finds application in the largest and smallest organisations, both private and public sector.

One of the outcomes of Appreciative Inquiry is that people feel appreciated for what they do well, and are motivated to do more of it. It is a great booster for morale.

How we use Appreciative Inquiry

At 360 Facilitated, we are fully committed to this approach to leadership and organisational development.

Our core 360 degree surveys are needs and strengths based. They do not judge or try to identify problems, instead they ask respondents what needs they have of the person, and what are the person’s strengths. Our unique facilitation process then uses this approach to take this feedback further with the manager.

Our team facilitation methodology involves the whole team in an AI style workshop in which everyone in the team contributes, not just the leader.

Appreciative Inquiry is one of the key methodologies we use to develop Employee Engagement, as part of our programs, such as: 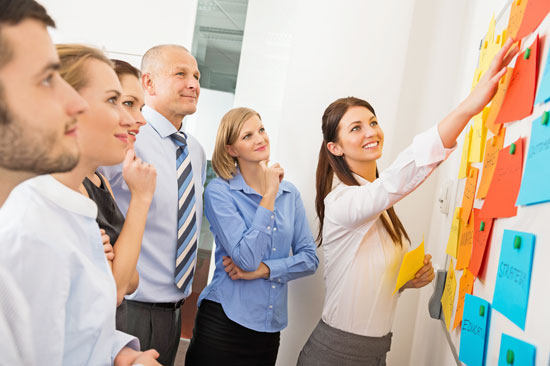 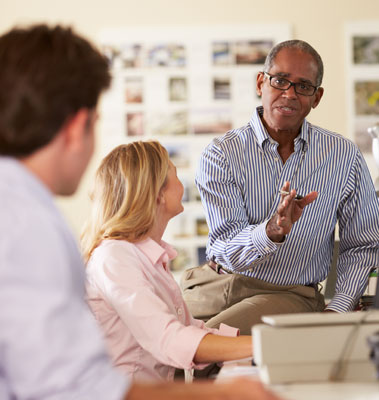 Why use Appreciative Inquiry?

What people focus on grows. If you want people to think of positive, innovative ways to move forward, then get them to focus on the positive and the innovative. When people focus on problems, they get into ‘fight/flight’ behaviour, which limits creativity.

Get people to focus on what works well already. Where can they extend this? Is there any blockage/challenge left that they still need to work with in a different way?

How do you do it?

Workshops are designed for people at all levels of the organisation. More recent programs have brought together everyone in large spread out organisations, many of them in virtual groups.

What is the starting point?

Take a situation that you want to change, prepare a topic that addresses it, use this to start the dialogue.

Phases of the AI Model

1. Discovery – best of what is and what has been

People talk to one another, usually via structured interviews, to discover the times when the organisation is at its best. These stories are told as richly as possible and from them people start to discover the ‘positive core’ of the organisation, what gives life to it when it is at its best. People appreciate themselves and their colleagues and significant transformations begin to occur.

The dream phase is often run as a large group conference where a cross-section of the organisation is encouraged to imagine and co-create the future. They are encouraged to envision the organisation as if the peak moments discovered in the ‘discover’ phase were the norm rather than the exception. “What would things be like if…?” Working in small groups, they try to put as much ‘flesh’ as possible on their visions as possible. These are then creatively presented to the rest of the group and worked on further.

In the early days of Appreciative Inquiry the design phase was delegated to a small team which was empowered to go away and design ways of creating the organisation dreamed in the dream conference(s). Although this still happens, Gervase Busche has found that transformational change is more likely to occur if the design phase is undertaken by as wide a group as possible. In this collaborative design approach the group first derive a design possibilities map, which contains, in three concentric circles, the dream for the organisation, the key relationships which have an impact on the dream, and key organisational design elements that will be needed to deliver the dream.

In small groups participants then ‘sign up’ to explore particular design elements which they have energy for and these groups craft ‘provocative propositions’ which challenge the organisation to adopt a new and healthier future. These are shared with the large group and further refined.

The final phase is to deliver the dream and the new design. Because the term ‘deliver’ has implications of closure, many AI workers prefer the term ‘Destiny’ which continues the future-facing theme. Whichever term is chosen, the final phase is one of experimentation and improvisation, sometimes described as ‘organisational jazz’. Small implementation teams will be formed to follow up on the design elements and to continue the appreciative process. The Destiny phase may itself contain more small-scale Appreciative Inquiries into specific aspects of organisational life. 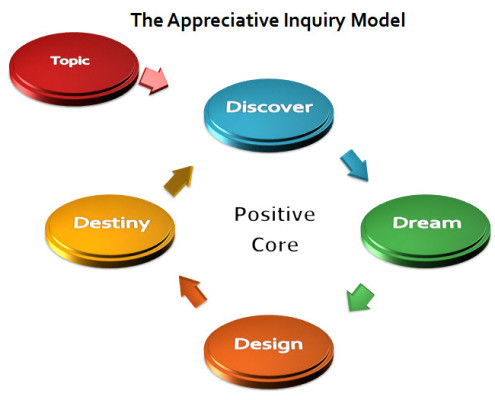 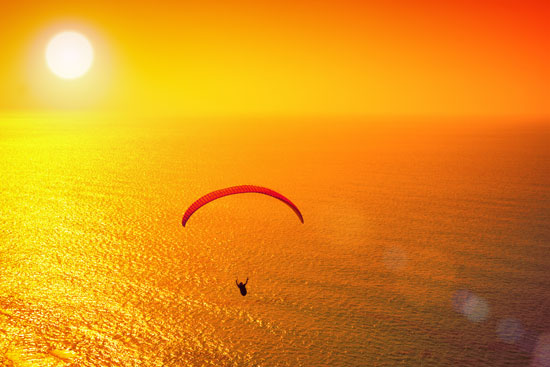 An “Appreciative” Approach to Strategy

AI invites us to look at the organisations strengths and opportunities but also at its weaknesses and threats. The AI principle that positive image leads to positive action challenges us to concentrate on the positive rather than spend half our time looking at the negative and sending mixed messages. In order to cope with this, the SOAR framework was developed by Jackie Stavros.

The SOAR approach can also be used in conjunction with Sustainability and Mega Planning.

When Appreciative Inquiry started it was usual for the four phases to be spread out over a long period of time. But today it is more common for the whole process to take place at an ‘Appreciative Inquiry Summit’, a large group event lasting four days. Each phase takes place on a separate day and the energy and momentum gained can be significant.

The value of an Appreciative Inquiry Summit in getting so many people together in an appreciative climate can easily lead to productivity benefits that are significantly greater than the costs.

For instance, Roadway Express, a US trucking company, increased its fourth quarter turnover by 25% just a few months after holding an AI Summit. Nutrimental in Brazil hosted an AI Summit for 750 people. Six months later revenues were up 300% and staff morale up 200%. John Deere took 250 people offsite for 5 days. As a result they improved product cycle time, saved $3 million and projected both income growth and further cost saving over time. 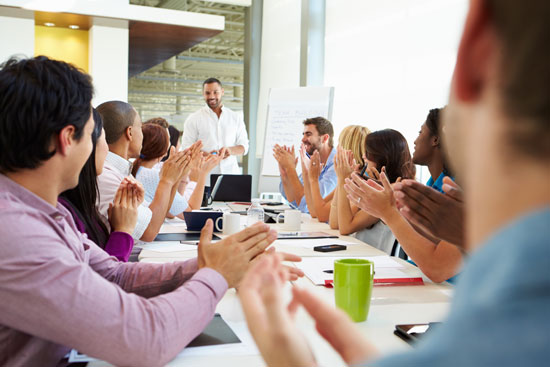 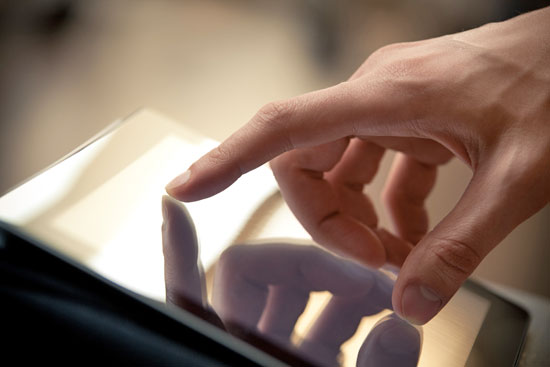 A number of organisations have filmed  their Appreiciaitive Inquiry experiences, we highly recommend the Corporation for Positive Change others can be found here on the AI Commons.

Outstanding Cases  such as:

We invite you to visit a few of the many resources on Appreciative Inquiry:

Research on the Internet – there is a huge amount of current information available – starting with the AI Commons. 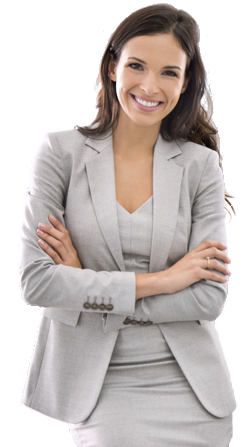 Talk to us to find out how we can help.