Women are more likely to receive negative feedback, which is troubling for businesses struggling with a managerial gender gap. Having women in leadership positions is an important consideration for businesses across the globe. With females significantly under represented in executive-level roles, many industries are struggling to remain competitive while failing to utilise half of the potential workforce.

However, employing a woman in the managerial board is only the first step. It is also important to ensure every employee has a safe and supportive environment in which to work. This includes promoting equality when reviewing performance.

Unfortunately, a recent survey has revealed that women receive significantly more negative feedback in 360 degree performance reviews than their male counterparts. Conducted by Kieran Snyder for Fortune magazine, the survey looked at nearly 250 reviews from 180 people. Close to three-quarters of women (71 per cent) experienced critical feedback in their review, compared to just 23 per cent of men.

In the reviews that included negative feedback, 94 per cent of women believed the opinion was critical to them personally, rather than their work. In comparison, just 83 per cent of men felt the same way about their negative reviews.

Furthermore, the criticisms women are subjected to are more likely to be about their personality, rather than their managerial style. This is a serious concern, as continual criticism can lead to these women becoming dissatisfied and unhappy – potentially leaving their job for greener pastures.

Abrasive, bossy, aggressive and emotional were just some of the key words used by reviewers when reviewing the women. While some men were also called aggressive, this was more likely to be a positive trait.

Allowing employees to continue this troubling trend could lead to businesses struggling to maintain profitability as highly-skilled women managers leave or avoid recruitment in that particular firm.

Rather than continuing down this potentially damaging path, you may want to consider a low-threat, strengths-based approach to employee feedback surveys. With a 360 degree survey designed using the Leader/Manager Model™, you can ensure the reviews being collated are strengths-based and constructive, rather than critical and focused on the worker’s personality. 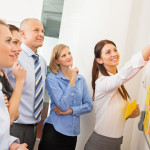 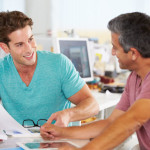 Boost engagement with 360 degree feedback
Scroll to topDo NOT follow this link or you will be banned from the site!